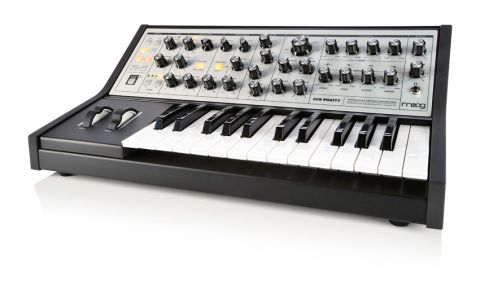 A truly stimulating instrument that punches above its weight to live up to the Moog legacy.

The Moog Sub Phatty positively screams ‘tweak me!’ It’s all about hands-on discovery

The patch points, including power, audio in/out, CV inputs, MIDI, and USB, are located on the left panel towards the rear of the instrument

By now there’s little chance you’ve not heard about the Sub Phatty, Moog’s latest addition to its steadily growing family of instruments.

Since its unveiling at Winter NAMM right alongside the Korg MS-20 Mini and a whole host of boutique modular gear, it’s been clear that many manufacturers are keen on bringing affordable analogue synthesis to as many people as possible.

Moog’s offering, a monophonic 25-key unit featuring two variable waveshape oscillators that is littered with plenty of knobs, generated the expected amount of enthusiasm — and then some.

With its flagship Minimoog Voyagers still doing the business and two other Phattys in the series still available, you might not have expected another monophonic performance synth to be added to the line (a polyphonic keyboard is nowhere in sight).

But according to the engineering heads inside Moog, the discreet design efforts behind this synth and their other gear create a varied and broadened-enough user experience from product to product to warrant this development. That said, the affordability and top-shelf build of the Sub Phatty alone make it hard not to be curious about this item.

The Sub Phatty emerges from its packaging as a 7.2kg piece of analogue ordnance that screams ‘tweak me’ thanks to all the knobs you’ll find waiting for you. The patch points, including power, audio in/out, CV inputs, MIDI, and USB, are located on the left panel towards the rear of the instrument.

Although the Sub Phatty doesn’t have a titling front panel like the Voyagers do, the default angle is extremely comfortable to work with and the entire unit carries on the solid, ergonomically pleasing Moog tradition.

Just 25 keys strong (semi-weighted but lacking aftertouch), the Sub Phatty’s compact design might not be ideal for soloists of the Rick Wakeman ilk, but the reduced footprint is offset by an easily accessible switch that gives you an additional plus- or minus-two octaves of range to play with.

Your eye, however, goes straight to the oversized Cutoff knob that sits atop the Filter section. Apart from being one of the controls you’re most likely to reach for sound-wise, Moog has enhanced the size of that particular control to drive home the notion of the panel as a performance gateway as well as a sound-shaping interface.

The Sub Phatty is anchored by two free-running VCOs, which feature pitch ranges of 16′, 8′, 4′ and 2′. Both oscillators employ variable waveshapes, allowing for the added character found between the borders of distinct setting.

We’d be remiss here not to mention how quickly and accurately the VCOs come up to playing temperature. Even in a cluttered home studio where the air conditioning tends to fluctuate throughout the day, the Sub Phatty’s tuning is rock-solid, whether measured digitally or by a trusty tuning fork.

Other sound sources include Sub OSC (using a square wave, which sits a full octave below OSC 1), a pink noise generator, and a traditional external input jack for processing sounds through the Sub Phatty.

The aforementioned filter cutoff still retains that sought-after Moog sound, but you can also inject an bit of edgy resonance to it, as well, to fashion more modern flavours.

Like the Voyager Old School, the Sub Phatty lacks a digital display and can only accommodate 16 onboard presets. These form a bank of four panel switches, each allowing for the storage of four performance patches.

«Sub Phatty’s software editor/library software will enable users to create, store and retrieve their own patch creations whenever they like»

But lest you cry foul, be aware that the Sub Phatty’s software editor/library software (which will be available in RTAS, Audio Unit and VST as well as standalone versions), will enable users to create, store and retrieve their own creations whenever they like.

Unfortunately, when we had a look at the Sub Phatty, the editor was still in development. From the screenshots Moog supplied, however, it’s sure to resemble the one bundled with the Moog Minitaur in terms of design and integration. Therefore there should be no worry about bringing this analogue accomplice seamlessly into the world of your 21st century productions.

As it was birthed without a digital screen to help you navigate its innards, the Sub Phatty uses something called Shift mode to access the functions you can’t get to via the front panel. By pressing the Bank 4 and Activate Panel buttons simultaneously, users suddenly have access to 51 additional controls that include physical control reassignments and other parameter adjustments.

These include Glide Type, Keyboard Transpose, Waveform Modulation Destination and Amplifier Envelope Gate, amongst many others. If you are new to synthesis and these options don’t set off lightbulbs of recognition over your head, they are all explained in detail within the Sub Phatty’s manual.

You then switch the filter settings by pressing either the lower C, C-sharp, D, or D-sharp keys. Sounds simple, no? Some of the cooler bits of functionality, including things like the ability to precisely control the linear detuning of the oscillators, will probably be brought into play more often than others.

Moog refers to this classic analogue vibe as Beat Frequency, and it’s a treat to now be able to maintain this offset no matter where you are on the keyboard — a feat older analogue synthesizers couldn’t really manage.

Another not-to-be-missed technique is the ability to use either the Filter or Amplifier envelope to loop, creating the effect of an added multi-stage LFO for controlling the individual elements of those filters. This ultra-pleasing enhancement comes to the Sub Phatty from some of the work realised in the Moog MP-201 Multi-Pedal.

As well as those who are mildly confused by its implementation, Shift mode has its proponents. A casual troll through online forums would seem to indicate that most users who are excited about digging into these parameters have come to terms with it without too much hassle. It’s also less worrisome when you consider that these options will also be accessible via the Sub Phatty Editor, once released.

The Sub Phatty comes with the overdriven sound known to Minimoog Model D users. It’s already baked into the mixer section where the knobs dial up to 12 (sorry Nigel. ).

To further distinguish it from the other Phattys in the line, which already feature an Overload control, Moog has now tacked on what it’s calling a Multidrive circuit. Simply put, this outpaces the previous models by adding pre- and post-filter saturation to the mix.

Moog describes it as an effect similar to the non-linear overdrive heard in some guitar pedals, combined with the warmth of a saturated VCA circuit. Add the Multidrive to both oscillators cranked at full bore, along with a splash of output from the noise generator, and the sound can get quite woolly.

«Fat bottomed basses, quavering Geddy Lee-ish lead lines or Moogy flutes are all there for the twiddling»

Even if unsettling, distorted tones aren’t your bag, the Sub Phatty’s true brief is to be all synths to all people. Fat bottomed basses, quavering Geddy Lee-ish lead lines or Moogy flutes are all there for the twiddling once you find your way around the instrument.

Thanks to its uncluttered and approachable interface, novice players can quickly come to grips with a wide range of familiar or individualised synth tones. This synth is clearly about hands-on discovery, and the incomparable joy of building up your own patch from scratch.

Of the keyboard-based Moogs, the price is quite reasonable. And while there may be cheaper alternatives out there from competitors, this is a fair amount of quality analogue firepower for the money.

Apart from the undeniably attractive price, the Sub Phatty has a compact footprint and solid build that gigging musicians will appreciate. And that compressed form will also be a welcome thing in a small project studio where space is always a premium.

You could argue — and some will — against Shift mode, especially when you take note of the amount of dead space around the Pitch and Mod wheels. But a digital display to manage those functions would have certainly driven up the cost of the synthesizer. By how much is hard to say, but once you’ve taken the time to delve further into the many parameters that are waiting to be unlocked under the hood, the trade off appears reasonable.

It would have been nice, however, if Moog had used the flipside of the large annotated cardboard diagram of the Sub Phatty’s front panel to replicate the Shift mode illustrations found in the Sub Phatty’s manual. That way, anyone looking to get up-to-speed quickly with the unseen aspects of the instrument could paste it up on the wall for a while as a handy visual reference point.

The original Minimoog Model D was a revolutionary instrument that put synthesis into the hands of generations of keyboard players. It promoted exploration and found a niche in almost every genre of popular music. While the Sub Phatty may not be in a position to do the same, it has an organic and patently clear connection to those halcyon days of innovation.

Flexible sound shaping, playability, with an everyman price bolted on for good measure, might make the Sub Phatty a real goer for Moog in the near term.

UNDER THE HOOD FEATURES:

Say hello to the Sub Phatty, the grittiest Moog Synth ever.

Moog Music’s engineers have crafted the Sub Phatty’s oscillators to perform with extreme accuracy and require almost no warm-up time. Just power up, dial in your settings, and put your fingers to work on the keys to summon crisp and detailed waveforms, a vibrant and articulate sound that more than honors the rich sonic density synonymous with Moog creations.

The Sub Phatty is the first analog synth to feature Moog’s transformative new Multidrive section; at low settings Multidrive adds warmth and girth, but when pushed, it delivers a screaming snarl that is highly reactive to resonance, waveshape, and oscillator level. Experiment with this new circuit and unlock an undiscovered world of vivid analog tonalities.

The mixer section offers innovations of its own, including a sub oscillator that outputs a square wave one octave below Oscillator 1. Use this powerful tool as a third oscillator for added depth, or to craft your own customized incarnation of monstrous Moog bass. Also in the mixer section is a noise generator voiced to deliver low-frequency content, rich with body and punch. If your goal is to sculpt analog percussion and sound effects, look no further.

The Sub Phatty features a wide range of parameters just below the surface, and all features are easily accessible from the instrument’s front panel, or via the free standalone/plugin editor. Select filter poles, assign wave mod destinations, or specify pitch bend amounts — it’s all there.

The Sub Phatty brings a fearless new voice to the Moog family of synthesizers. With its streamlined interface and dynamic sound design flexibility, this new synth fuses an unparalleled connection between human & machine, opening the door to unprecedented sonic exploration.

Flying Lotus and Adult Swim vet, Adam ‘lilfuchs’ Fuchs created a short animation in honor of the release of Moog’s newest handcrafted analog synthesizer, the Sub Phatty, which dropped today. The piece opens in modular synth heaven with the company’s legendary founder, Bob Moog, and drops down through a psychedelic universe inside the Sub Phatty’s circuitry. The animation features an original score by Flying Lotus, who received a prototype Sub Phatty some months ago to create the composition. Flylo’s original track featured in the animation is called ‘Such a Square’ and was created primarily with Moog’s new Sub Phatty synthesizer. The synth company has been working with Flylo since he visited the Moog Factory in October 2011, when he was a headliner of Moog’s annual electronic music festival, Moogfest. 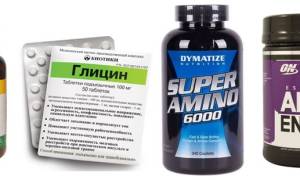