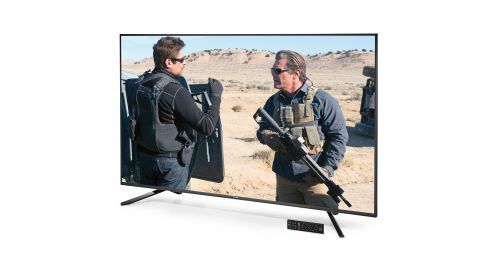 The ZF9’s performance doesn’t quite match Sony’s ambition, but there’s much to like about this huge TV

The recently launched Master Series represents the new pinnacle of Sony’s TV line-up. It is designed to produce a picture closer to the director’s intention than any commercially available television has done before.

Those two models are the AF9 OLED, which we gave a glowing, five-star review, and the ZF9 here, in the form of the Sony KD-75ZF9. The key difference is that the ZF9 is not an OLED – it’s an LCD model with a direct LED backlight, and is essentially the successor to the ZD9 from 2016.

That might make the ZF9 sound like the poor relation, but, as Samsung has recently shown with its Q9FN, traditional backlit TVs are capable of mixing with even the best OLEDs.

The ZF9 is more affordable than the AF9, with the 65in versions of each costing £2799 and £3999 respectively (there’s no 75in version of the AF9 that directly compares to the ZF9 though). Unfortunately, the Sony isn’t quite up there with Samsung’s flagship 4K QLED, but it’s a fine TV in its own right.

Compared to the easel-like design and innovative speaker solution of the AF9, the ZF9 is rather staid in appearance. It’s not unattractive, but it just doesn’t stand out from the crowd.

The TV is large, but no more than it needs to be. Bezels are around 1cm along the top and sides and 2cm or so along the bottom, and feature a smart, speckled finish that Sony says is derived from that of a DSLR camera.

The set is 6.7cm at its thickest point, which is a long way from OLED thinness, but it tapers neatly to edges that are 2cm thick. The result is a TV that’s a little less imposing than it could otherwise appear.

The TV’s two feet, which clearly have a hefty load to bear (38.5kg, to be precise), hide their strength well, being chunky at the back but relatively dainty at the front. There’s only one position in which the feet can be positioned, which means you’ll need a wide piece of furniture for the telly to stand upon.

The feet have channels for running cables so that they’re hidden from view, and the connections can be hidden behind removable panels. All in all, it’s a rather neat and thoughtful design.

Those connections amount to four HDMI 2.0 sockets (all capable of handling 4K HDR signals and one with eARC compatibility), three USBs, headphone and optical outputs, ethernet, one aerial socket and two satellite. Freesat isn’t featured here though, so those satellite connections are unlikely to be of much use to anyone in the UK.

As is the norm for all but Sony’s most basic current TVs, the ZF9 uses Google’s Android TV operating system, here on version 8.0.

Android TV still has a long way to go to match Samsung and LG’s TV operating systems for attractiveness, usability and customisation, but it is getting better with each iteration.

That it works more reliably on the ZF9 than it did on the AF9, suggests the latter’s issues were more to do with the reliability (or lack thereof) of the IR communication between remote and TV than the set’s processor, which it shares with the ZF9.

And while other Android TVs lack the ITV Hub and All 4 apps, Sony adds them as part of the YouView package, which also makes accessing catch-up content more intuitive than it otherwise might be.

The overall app selection is therefore one of the most complete out there. On top of the full suite of catch-up services, you get Netflix and Amazon Video (both in 4K and with Dolby Vision), Google Play Movies & TV (4K but not HDR, despite labelling to the contrary), Plex, VLC, Spotify, Deezer and TuneIn to name just a few. The only absentee of note is Now TV – you’ll need to add a Smart Stick (or proper Sky package) if you want live Sky sports content.

Google Assistant is now on board Android TV as well, introducing more advanced voice control and smart speaker-like features. There’s even a microphone built directly into the frame of the telly, in theory making the whole experience properly hands-free.

It’s patchy in use, though. Not in terms of comprehension, which we found to be excellent, but in terms of what Google Assistant is able to control. Switching inputs is beyond the limits of its integration, it seems, as is activating the Game picture preset, with opening apps and finding specific films on Google Play Movies & TV being its main uses.

The TV’s processor is the X1 Ultimate, Sony’s new state of the art silicon chip. Compared to the X1 Extreme of the A1 (and XF9005) the Ultimate adds a number of enhancements, such as Object-based Super Resolution, which intelligently picks out and enhances specific objects in an image, and an improved version of the Object-based HDR Remaster feature, which enhances the contrast of an image on an object-by-object basis.

At the launch event for Sony’s Master Series TVs, both the ZF9 and AF9 looked similar to the company’s BVM-X300 — the reference monitor used by practically every movie studio of note.

At home, though, the settings involved in achieving that similarity result in a picture that’s a bit dull and decidedly sepia-tinged – much like traditional ‘cinema’ picture presets. This is similar to how the Dolby Vision and Netflix Calibrated modes work, so we’d recommend you tweak these.

Unusually, the ZF9’s Vivid preset is the best place to start when it comes to HDR content – even though it slightly exaggerates a couple of flaws. It raises the set’s peak brightness, making for a more dynamic, dramatic picture.

Play Alien Covenant on 4K Blu-ray and the ZF9 is a pleasure to watch. Colour balance is a particular triumph, as it so often is with Sony sets. There’s real subtlety and realism here – a delicacy and neutrality to everything, from the storm-soaked fields and forest of Planet 4, to the skin tones of the crew who land there.

Motion is very good too. The set isn’t entirely perfect, struggling a touch with small, fast-moving objects as they flit across tight background patterns, but those moments are rather rare – 99 per cent of the time, the Sony’s motion is spot on.

As the Covenant ship glides into view at the start of the film, for example, the Sony reproduces the motion with no blur or judder, while the Samsung Q9FN leaves more of a ghost in comparison.

But the film also highlights some of the Sony’s shortcomings. For a start, it’s incapable of producing the sort of deep blacks that the Samsung Q9FN can manage, let alone an OLED. Compared to the best 2018 TVs, this is a slightly grey delivery.

You might assume that the trade-off would be more detail in those darker parts of the picture, but unfortunately that’s not the case. If anything, the ZF9’s less-black blacks are murkier than those of the best in class and swallow more detail, resulting in fewer visible stars.

There’s a comparative lack of nuance, too, so while the open space vista reveals a complex arrangement of subtle shades when viewed on the Q9FN, the ZF9 runs from dark grey at the bottom-left to lighter grey at the top-right.

When David extends the ship’s solar sails, the Sony’s contrast limits are quickly hit. Not only is the background less black than it should be, the golden sails are less bright, making for a noticeably less dramatic image.

What’s more, the Sony suffers from surprisingly severe blooming from the backlight, with bright elements of otherwise dark scenes being surrounded by patchy light. It’s most pronounced when something bright appears next to the black bars at the top or bottom, but it’s also visible in parts of the main picture, too, to a degree that can be distracting.

The problem is worsened still if viewing off-axis. The Sony’s viewing angles are generally excellent for an LCD-derived set, but those blooms are exaggerated if you move a long way from the sweet spot.

The Sony’s picture is overall a little softer than the best in class, too, and that relative lack of definition makes for a slightly less three-dimensional performance. Detail levels in standard and fairly bright lighting are excellent, though, so while the image doesn’t immediately pop, the fine points are there.

While the Sony TV falls a little short of the best in class when it comes to HDR content, thankfully, it’s a much better story with standard dynamic range.

Play John Wick on 1080p Blu-ray, and not only is the upscaling superb, delivering a wonderfully clean, detailed and sharp image by the standards of the resolution, it’s also much closer to benchmark levels of contrast. Some rivals still go a little brighter, or a little darker, but the Sony isn’t far off.

Combined with the exceptionally realistic colours and still excellent motion, you’ve got an extremely natural performance. So much so that if we were choosing between a Sony ZF9 and Samsung Q9FN based purely on SDR Blu-ray performance, we’d choose the Sony.

With standard definition, whether via a dusty old DVD or the built-in tuner, a fair bit of picture noise creeps in, but not enough to ruin a performance that is otherwise naturally coloured, detailed and comparatively sharp.

Compared to many, the ZF9’s soundstage is wide and spacious, giving effects decent room to breathe, but there’s not a great deal of bass weight or dynamism here, and the sound doesn’t extend particularly far into the room. Needless to say, you should budget for a soundbar to partner the ZF9.

While Sony’s AF9 makes an excellent case for its new flagship Master Series, this ZF9 is a more qualified success.

Its biggest problem is the existence of the Samsung Q9FN, which proves that it is possible for the inherent problems of backlit TVs to be overcome with enough engineering nous. By comparison, the ZF9 lacks black depth, white brightness and backlighting consistency.

The natural colour balance, excellent motion processing and superb 1080p performance – not to mention the breadth of its feature set – will appeal to many, and at 75in the ZF9 is pretty good value.

If size isn’t a main concern, however, we’d suggest perhaps sticking with a 65in set and opting for the AF9, an LG C8 or the Samsung Q9FN.

Sign up below to get the latest from What Hi-Fi?, plus exclusive special offers, direct to your inbox!

No spam, we promise. You can unsubscribe at any time and we’ll never share your details without your permission. 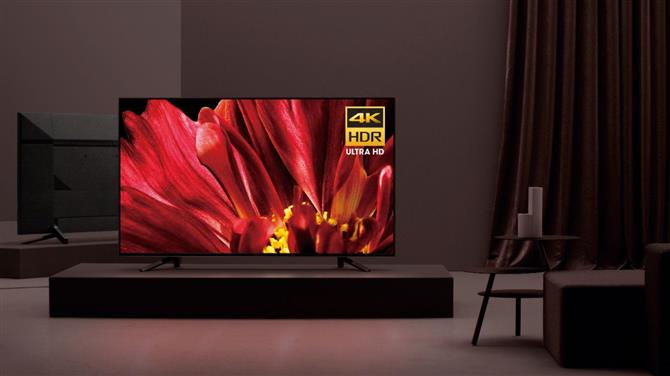 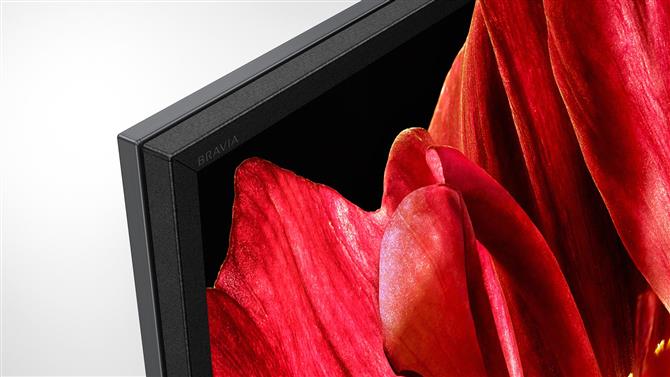 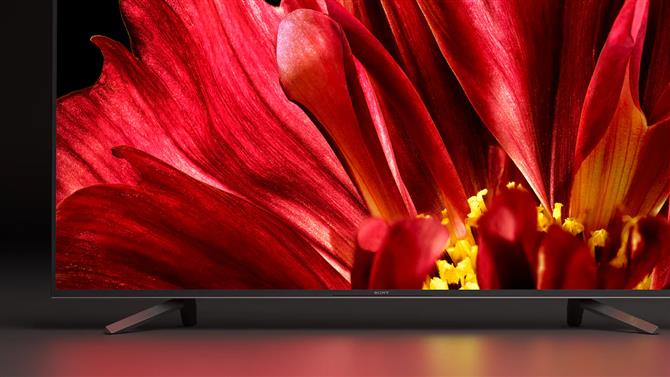 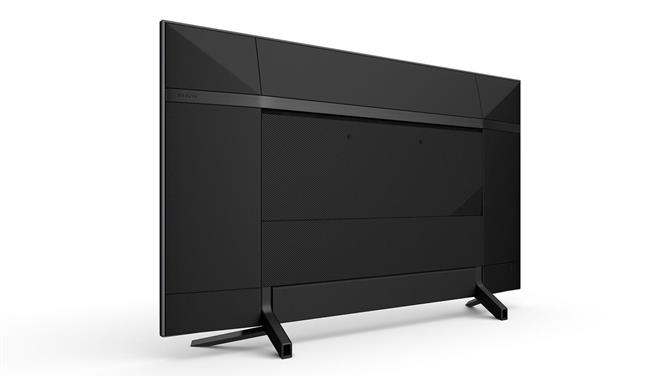 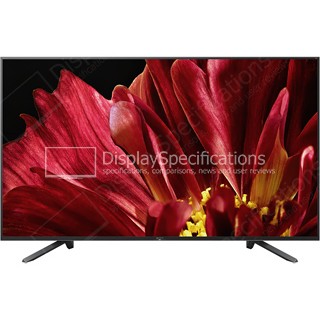 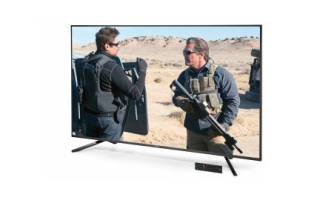 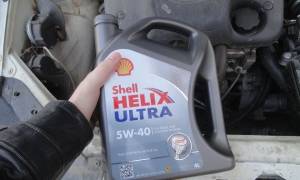